POCSAG is the time–proven and still the golden standard for high–performance digital paging. Paging systems based on POCSAG are flexible in configuration and usage, highly effective with the outdoor and indoor coverage, and are undemanding to the frequency range.

Based on POCSAG technology and with the usage of superior quality Oelmann products, it is easy to design and build modern paging systems of all levels, including:

The TETRA standard offers a two–way exchange of short text messages to an individual or a group of subscriber terminals, with automatic acknowledgement of receipt of the message.

In network- or a cell-wide TMO (within the network base stations coverage) and also in DMO where the terminals communicate directly with each other (standalone mobiles and mobile groups). 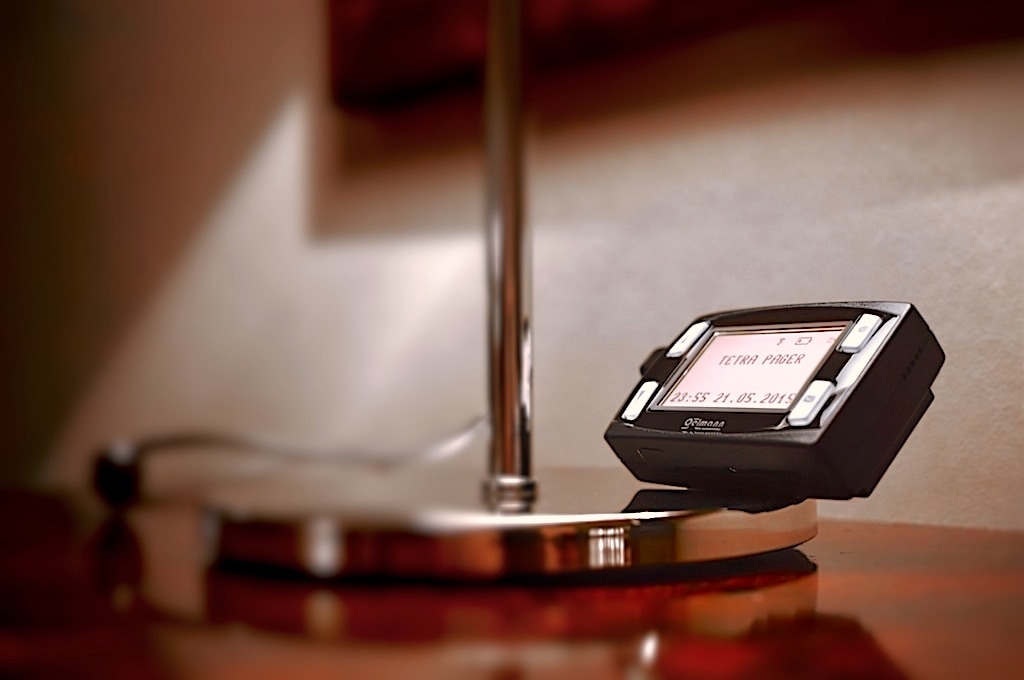 Oelmann was one of the first companies to create modular TETRA pager, now in use in many TETRA networks worldwide.

Today, in the year 2021, the Oelmann TETRA pager line is in full production, and contains the following models:

Note: Oelmann has all kinds of TETRA base stations and switches to build a whole TETRA paging system, or to supplement the existing ones at the customer's site.

With Oelmann WiFi paging, you'll get:

SIRIUS is an Oelmann original modular platformfor professional messaging applications. The entire SIRIUS system consists of control software, infrastructure components and base stations, gateways to third–party systems, and subscriber portable devices. It is used to build systems of any complexity, from local paging tasks to regional or national paging, two–way or multipath messaging systems, including the interaction of communication protocols of any type.

The basis of the system is SIRIUS Suitemodular client/server software, which is a core for building original and complete paging or messaging system from Oelmann.

With Oelmann SIRIUS, you'll get:

Oelmann solutions in the field of PMR and trunking systems

To PMR products and systems